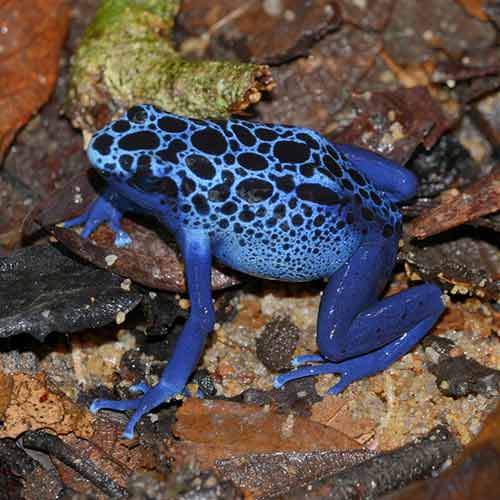 NeoWild’s mission is to improve the conservation of biodiversity and environment in Northern South America and the Caribbean through research and education, in order to enhance the sustainable development of this part of the Neotropics.

NeoWild is engaged in research on several aspects related to the impact of human activities on biodiversity and environment. Present focus is on threats to large cats, impacts of mining, logging, hunting and eco-tourism on mammal and amphibian communities as well as mercury pollution and the impacts of climate change on biodiversity and environment.

Jaguars and pumas are fully protected in Suriname by the Game Law (1954). Both species occur over most of the land surface, although one or both species may be rare in areas with a higher level of human disturbance. Conflict situations with cattle ranchers and villagers occur regularly and may end up in the animal concerned being killed. However, the active hunting of big cats is of greater concern, especially jaguars, with their parts and meat being sold to the local Chinese community for traditional medicines. In addition, some parts of the animal are illegally smuggled to Eastern Asia. In light of this recent threat, more data on population densities are indispensable. NeoWild has collected data for several areas, but all are partly or fully protected areas. Therefore, future research will focus on obtaining data on the population status (densities) of jaguars and pumas from non-protected areas with various habitat types and threat levels. In addition, it is important to obtain insight on the niche segregation and habitat preferences of jaguars and pumas.

For more than a century Suriname has earned most of its foreign currency through mining. Formerly bauxite was the most important mining activity, but this was recently preceded by gold and oil.

Compared to mining, all other economic activities were relatively unimportant, until a recent shift to logging, with the excessive export of roundwood, has experienced an enormous revival. Eco-tourism is a minor economic activity but is slowly increasing. However, eco-tourism is not evenly spread over the different touristic areas but is rather concentrated in a few “hotspots”. Consequently, these areas may receive so many visitors that an impact on the environment is inevitable.

Traditionally, hunting occurred as a subsistence activity. During the last decennia however, the bushmeat trade is becoming an important economic activity for many local communities. An even more worrying development is the increase in hunting of several animals for Chinese traditional medicine. These animals include big cats, especially the jaguar (see Threats to large cats), and anteaters.

Mining, logging, hunting and eco-tourism all have a different impact of varying magnitude on the biodiversity of an area. Scientists of NeoWild have been involved in several projects on these impacts. Current projects include the monitoring of large terrestrial mammals at Brownsberg Nature Park, status surveys of jaguars and pumas and the impact of eco-tourism on amphibians.

In Suriname most of the gold mining occurs through small-scale gold mining. Almost all small-scale gold mining operations work with mercury to amalgamize the gold. An estimated 40,000 to 200,000 kg is lost to the environment annually, polluting air, soil and water. In the aquatic environment mercury can be bound to small sediment particles and settle on the bottom or deposited downstream through the ambient flow. The mercury that remains “free” may be transformed into organic mercury or methylmercury by iron- or sulphur-reducing bacteria. Methylmercury is bio-accumulated in the food chain and is extremely neuro-toxic. Projects to measure mercury in the aquatic environment and in local communities started at the Anton de Kom University of Suriname (AdeKUS) but are now largely transferred to NeoWild. The Caribbean Consortium for Research on Environmental and Occupational Health (CCREOH) project is a cooperation of Tulane University, the Research Center of the Academic Hospital Paramaribo, the Faculty of Medical Sciences and NeoWild.  Through this study approximately 1,000 pregnant women and their offspring are being followed during a four years period while examining their heavy metal loads, especially mercury, and neurological development. A pilot project looks at the impact of climate change on mercury availability and methylation rate.

When people think of climate change, it is usually about extreme weather and floods caused by sea-level rise. However, the impact through changes in biological communities may be even more severe. We hardly know anything about the impact of climate change on biodiversity, especially in tropical environments. NeoWild’s scientists are looking at the impact of climate change on amphibian communities. Amphibians are very susceptible to changes in micro-climate, because of their dependence on humid surroundings. We look at changes in community composition in an area of savannas and savanna-forests, an area prone to dry out during severe droughts, and an area with tropical rainforests on top of a bauxite plateau.

The dedicated scientists working at NeoWild have a long history in education and awareness. Most are lecturers at one or more universities or have been assisting with courses. NeoWild is in the process of designing its own MSc courses, that will be offered in the near future.

Some of the scientists have also been involved in the production of nature documentaries and the publication of specific articles for the general public or for children.